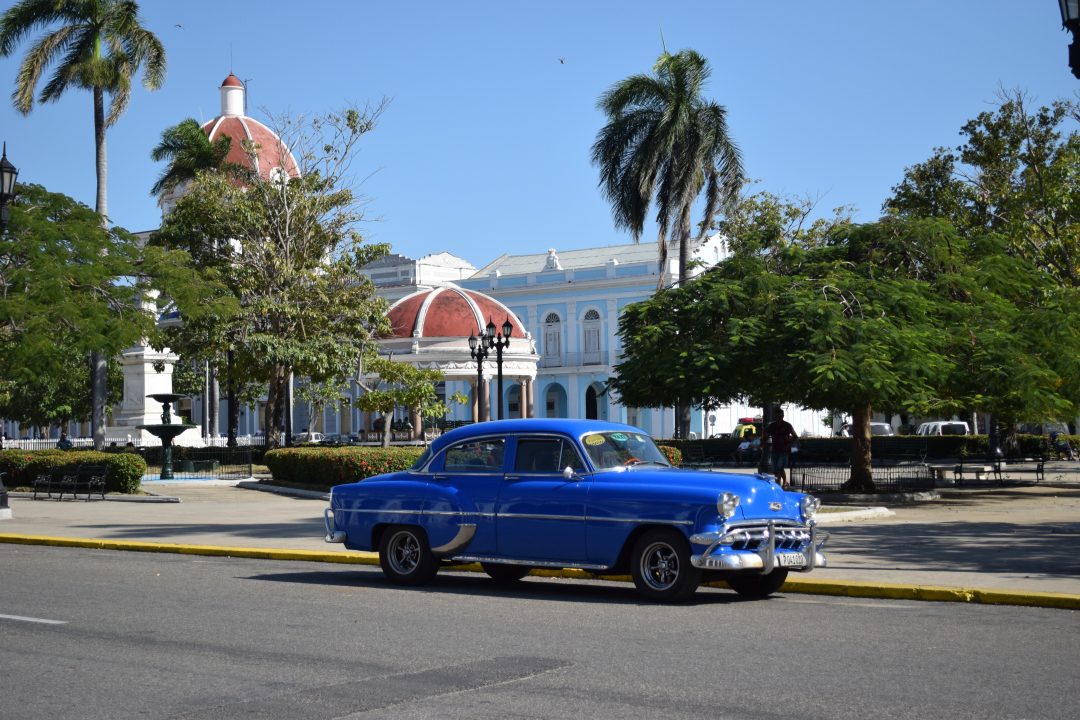 On the road in Cuba: Cienfuegos

After the visit to the Girón museum, we continued our drive towards Cienfuegos. Cienfuegos was established in 1819 and although it’s located in Spanish territory, many of its first settlers were from France or French colonies such as Louisiana. It is a Unesco World Heritage Site and was named “Pearl of the South” in the colonial era.

We had to drive back and forth for an hour on the peninsula before we found our casa for the day: Casa Wong. Mr. Wong invited us into his neat and pretty casa, a real treat until we saw the disappointing bed, again a very narrow one. But he gave excellent advice, which we followed and had lunch at Aché.  It was one of the best meals we had in Cuba!

We drove to the old historical center, on the mainland.  One of the prettiest squares is Parque Martì, a magical place, surrounded by the most beautiful buildings. One of them was Teatro Tomás Terry (Sarah Bernhardt performed here about a century ago).  You can visit the interior, which was very well maintained. The Cathedral of Cienfuegos with two bell towers of a different height surely drew our attention, as well as Palacio Ferrer, with its blue cupola. Almost all the buildings on this marvelous square were breathtaking. 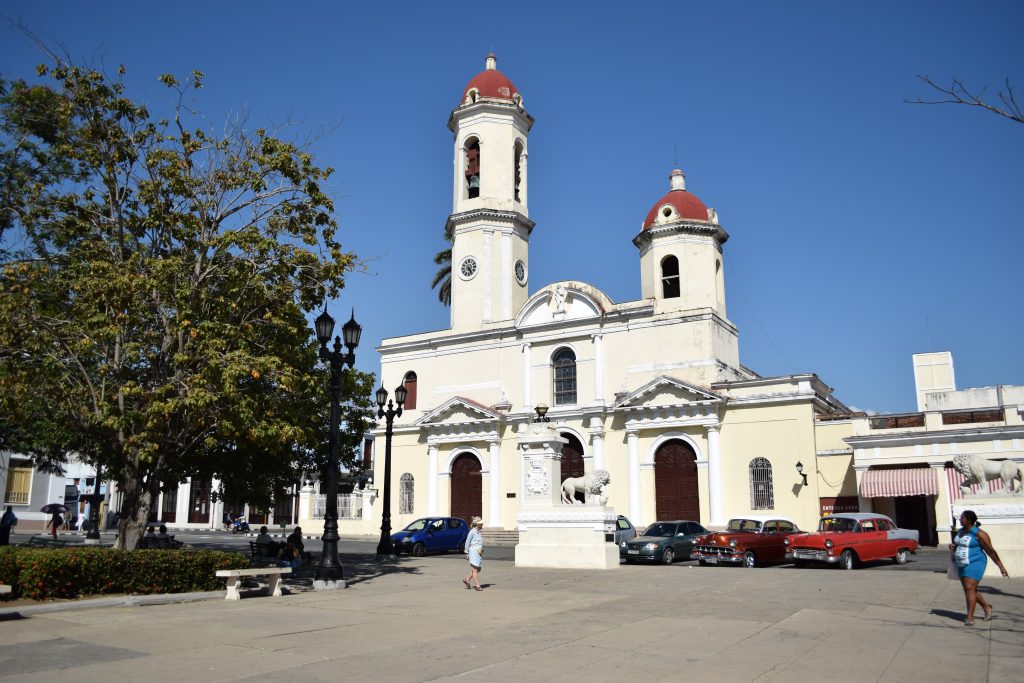 I made a game of trying to get matching colors (of cars, buildings…) in one shot 😉 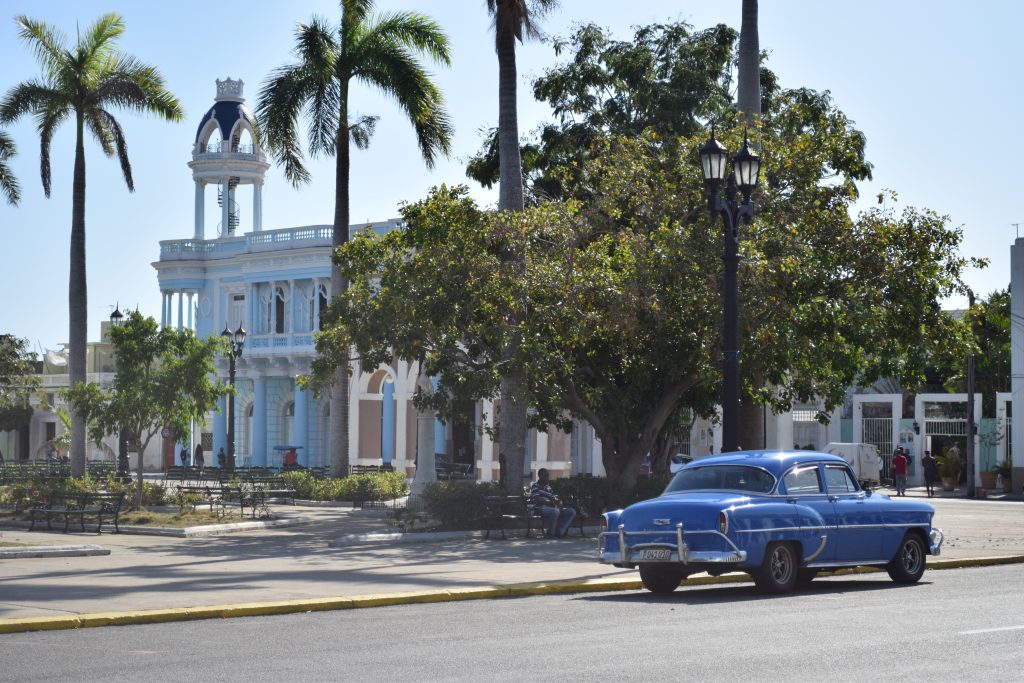 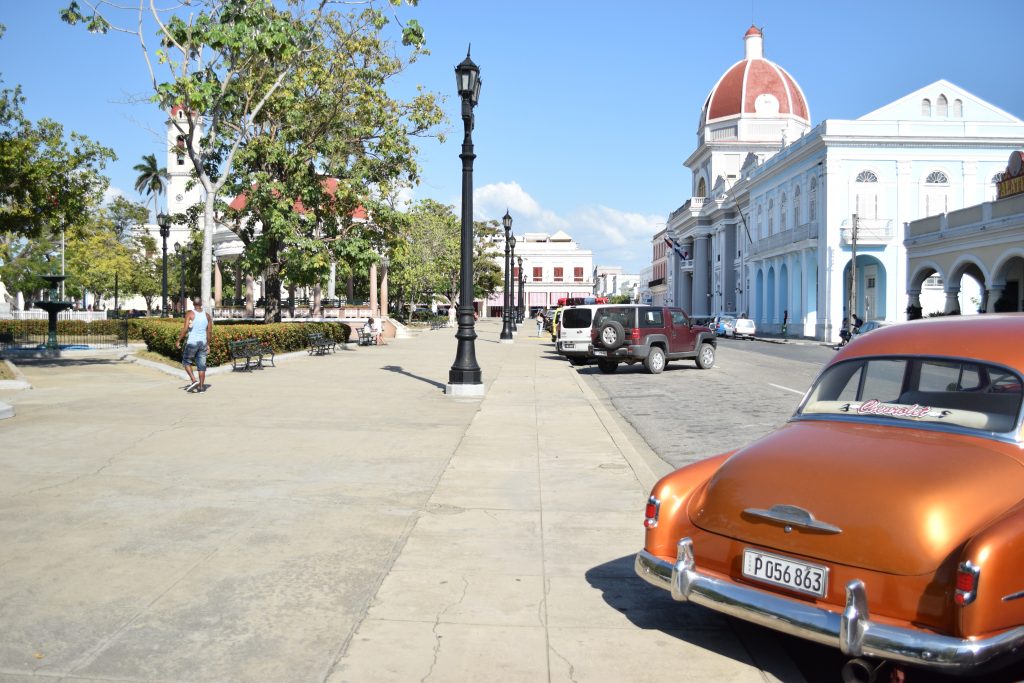 Do you ever visit cemeteries when you are on a city trip? I know it might sound a bit creepy, but we do. In a way it fascinates me–the different ways people honor their dead. The ‘Cementerio General La Reina’ was listed in all travel books as a must-see. So we went. This cemetery has been declared a national monument, with magnificent statues – lots of angels – in Italian white marble. It was laid out in the 1830s and includes a famous statue La Bella Durmiente. This grave with statue of Sleeping Beauty is a tribute to a 24-year-old woman who died in 1907 of a broken heart.
Sleeping Beauty surrounded by Angels 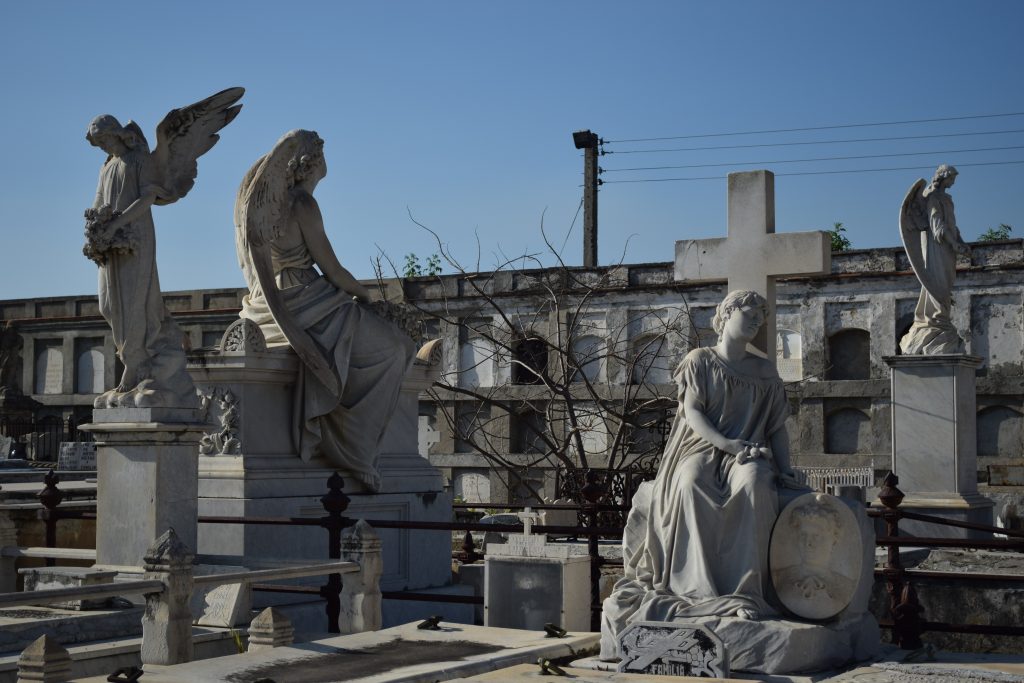 After a little break in Casa Wong, and some serious dressing up, we went to the Punta Gorda, which is the main road on the Peninsula. We walked there between 7 and 8 pm, when the light is at its best. Then, for my “landscape challenge” for photography class, I tried to do the same as I did before (make it an abstract picture, more like a painting). Although the colors were brilliant – the orange sunset just looked like fire – I didn’t succeed in what I had in mind. I must return now :-(.

Buildings along the Punta Gorda 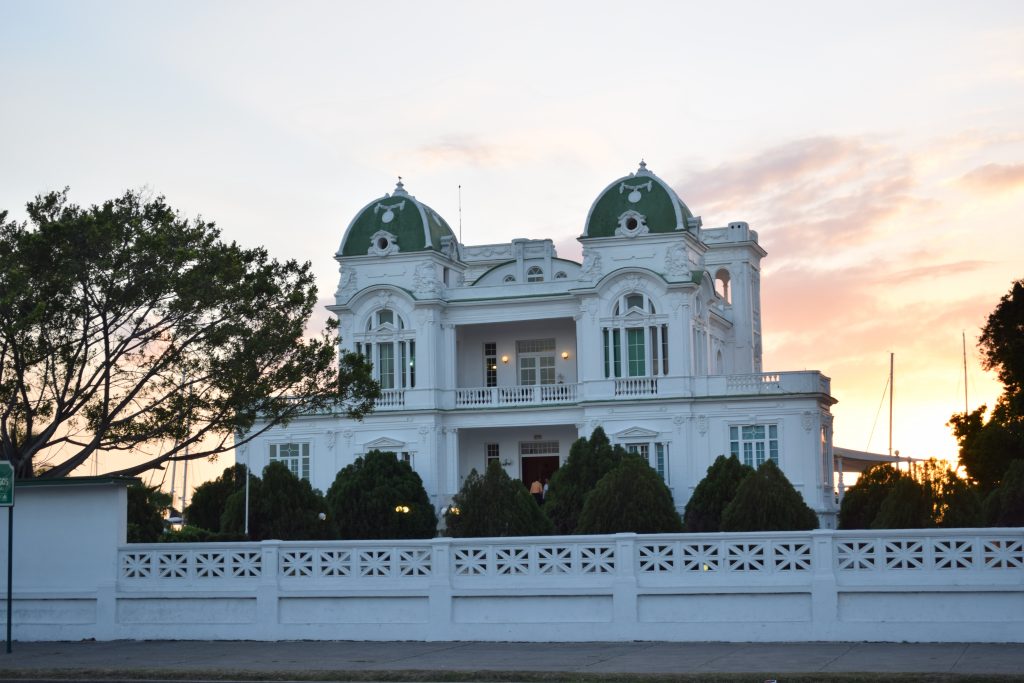 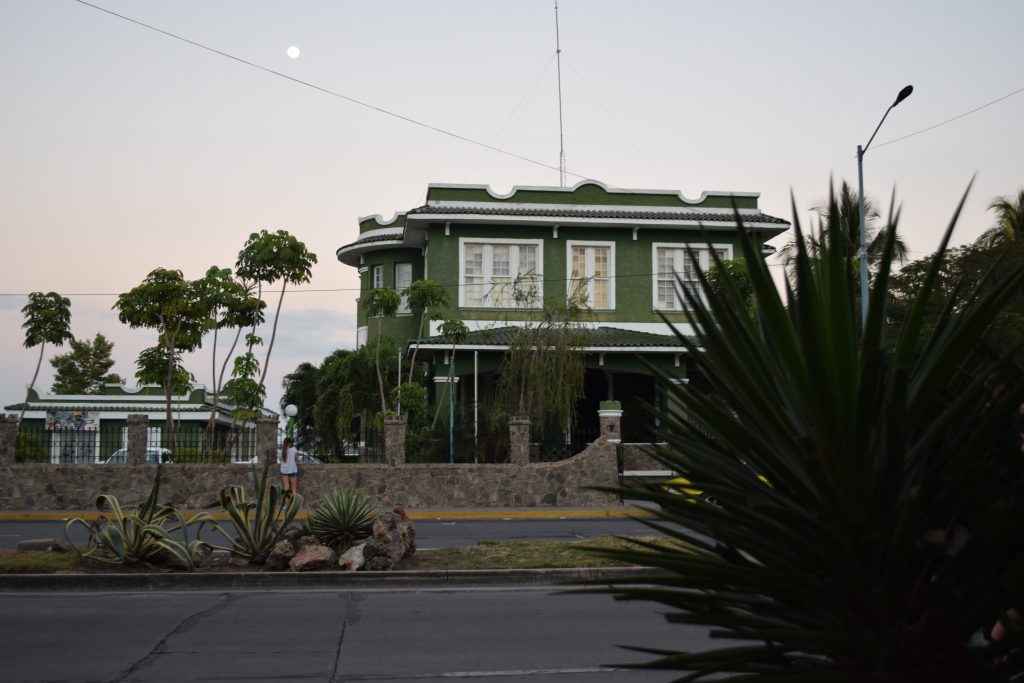 One of the most captivating bays in the Caribbean Sea 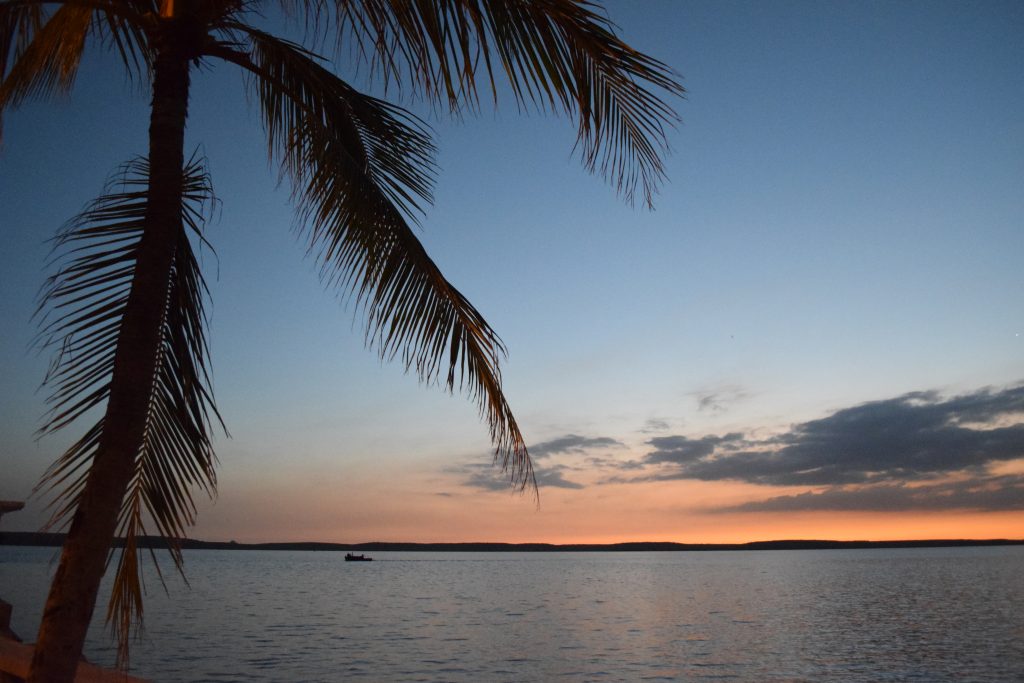 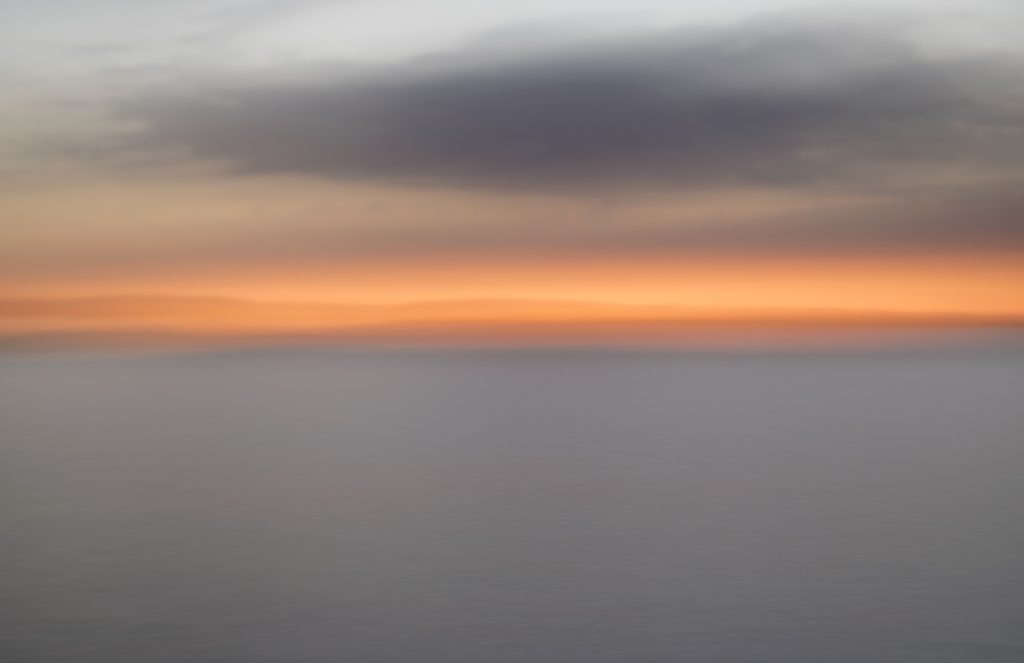 And then! I made reservations at the Palacio de Valle, the most original building in the area. It was designed by local and foreign architects engaged by the sugar merchant Acisclo del Valle Blanco, one of the wealthiest men in Cuba at that time (1913-1917). He used it as his private home. The style was influenced by the Alcazars in Granada and Seville. The façade had three towers, symbolizing power, religion and love. Batista (president of Cuba and later transformed into a dictator) turned the Palacio into a casino. Now it is home to a restaurant. The interior was very impressive too – a little overdone to actually live in – but the food was just so-so. 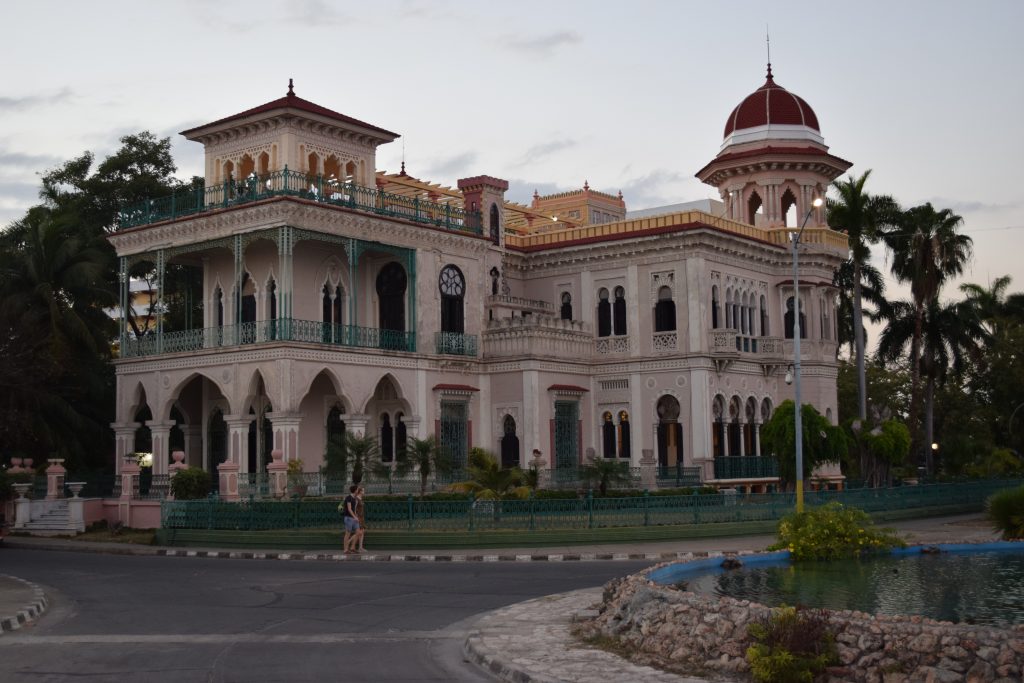 After such a fascinating day, we were ready for a good night sleep. Well I didn’t manage to turn into a Bella Durmiente that night: too warm, bed too narrow, too many dogs and roosters barking and crying.

Breakfast immediately brightened my spirits.  Mr Wong prepared a delicious breakfast with lots of fresh fruit and homemade waffles. While sitting under a mango tree, he told us his story. He had done his studies as a lawyer-jurista in Cuba and Moscow and worked as jurist in a company. But then he decided to start his own business, a Bed and Breakfast. He built it all by himself!

Next week we go to Trinidad, the most captivating town of our Cuba tour. Make sure not to miss this story and photos 😉 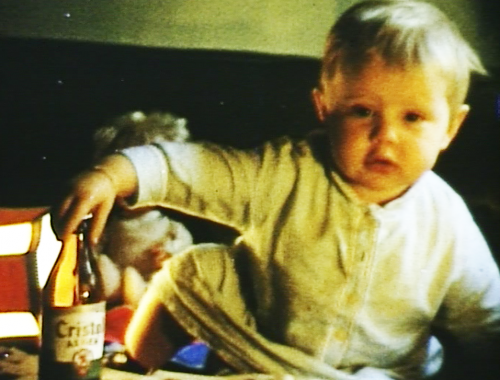 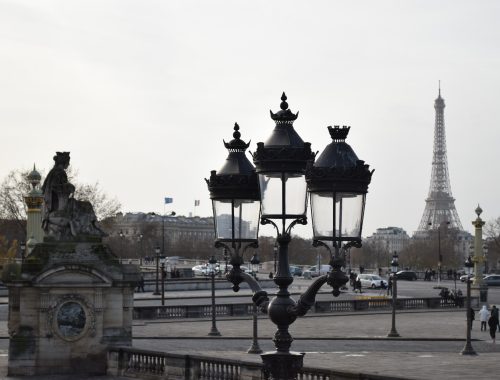 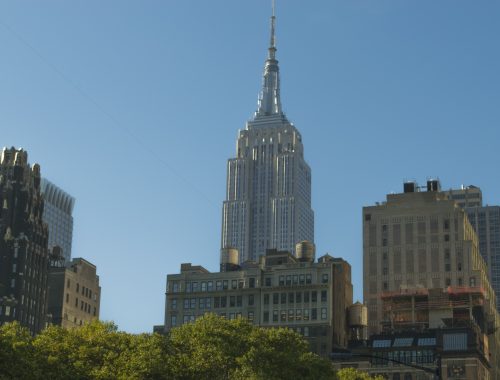