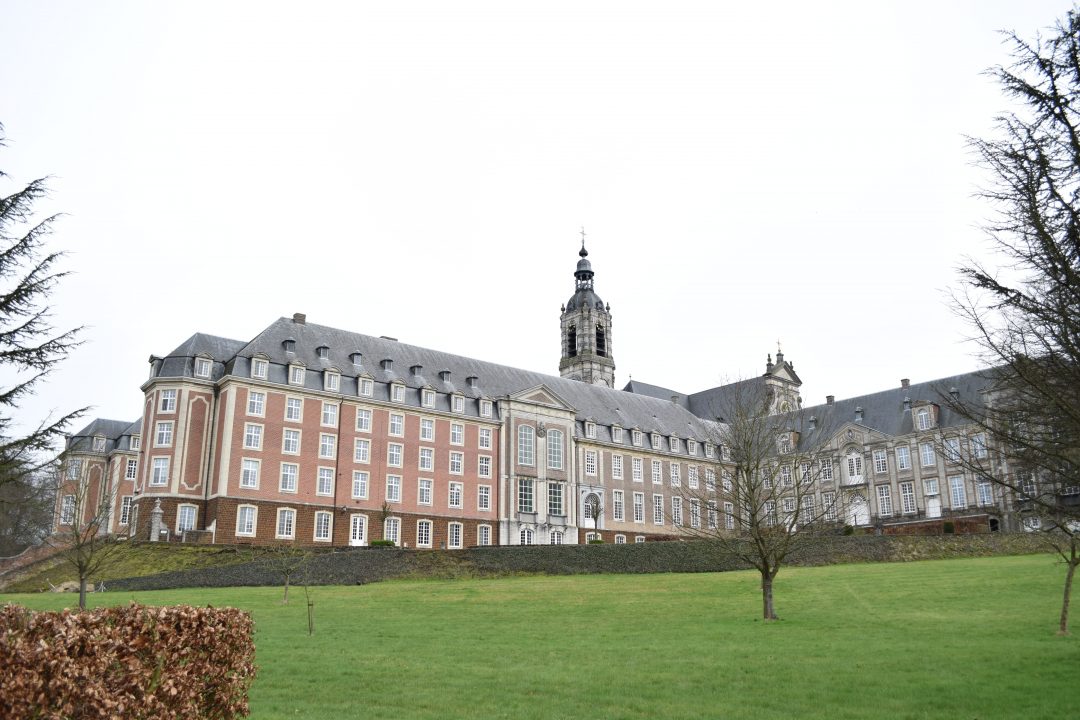 Da Vinci at the Abbey

I was thinking: under what category should I put my magical visit at two abbeys last weekend? It sure was a special introspective experience, but no, I did not hear a religious call.

The excursion was organized by a colleague from Hubbie. It was one of those first lovely days, where you can feel spring finally bursting through. The first spot on the agenda was the Abbey of Averbode, where the monastic order from the Norbertines reign. This order was constituted by Norbertus van Xanten in 1121, and it follows the rule of Augustinus “prepared to each good deed.” Their traditional costume is white, which is why they are also called the white priests. 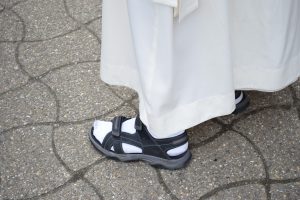 We were guided through the Abbey and the church by Father Eric. The fog in my head cleared out, and I suddenly remembered! When I worked at the bank in Antwerp, my first job, many, many years ago, there was this smart and handsome colleague, my age, who suddenly surprised us: He had heard the calling! He had followed his belief, and it appeared to have been a good choice: he is now Father Eric, looking happy and at peace, walking through the white corridors of the Abbey, explaining the rich history.

The first stone was placed in the 12th century, but the buildings suffered from fires and rubbing.  They received a big renovation and resurgence in the 20th century. 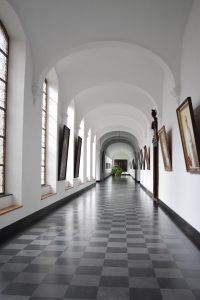 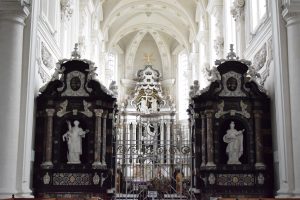 The Baroque church was built in the 17th century, and proudly glinting with light.

Within the walls of the Abbey, there are of course the quarters of the priests, their huge ‘dining’ room and ‘conference’ room. But there is also a wing for contemplation, where often groups of students stay. There even is room for individual guests, if you need some time for reflection. It costs about forty Euros per day, meals included, cheaper than a visit to a therapist! Of course, you have to send an application at least one week upfront and it must be accepted.  Don’t you think it sounds very appealing, being isolated from the hectic world, able to live within this beautiful surroundings? And the only sound you hear is the soft wheezing of Father Eric’s sandals. Without a doubt, Holy Sophia – prepared to do each good deed – would be admitted! 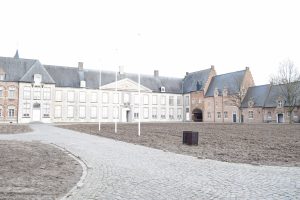 After some local beer tasting at the Abbey’s café, we headed to the  Abbey of Tongerlo, just ten minutes away. First we visited the museum within the walls of the Abbey, where we stood in awe in front of the Last Supper of Da Vinci. Like a real story teller Father Ivo explained us all about this masterpiece. This is not a copy – it is the real work painted the Master Leonardo Da Vinci himself and his disciples, representing the Last Supper of Jesus and his apostles. Though, technically it is a replica, as it was the second time he painted the same scene, but it as beautiful as the fresco of the Last Supper in Milano. You could say he had three years to practice on the first one and the second time was even better.  It was first ordered by the King of France who was so overwhelmed by the first masterpiece in Milan–“Formidable!” he exclaimed about a hundred times–so he had to have one for himself. The painting disappeared mysteriously during the French revolution and finally ended up here. It underwent a big restoration in the 60’s of last century, and is in far better shape than the fresco. Father Ivo is a man of the world, and referred to Dan Brown‘s analysis of the Last Supper, firmly stating this was proven not to be true. The apostle Johannes, sitting to the right of Jesus indeed has female features. But it was common to bring an important female figure into the painting, so Da Vinci has painted Johannes to the resemblance of a likely important woman in his life.

It was strictly forbidden to take photos, but your servant Holy Sophia secretly took a few. Here you see Jesus and Johannes. 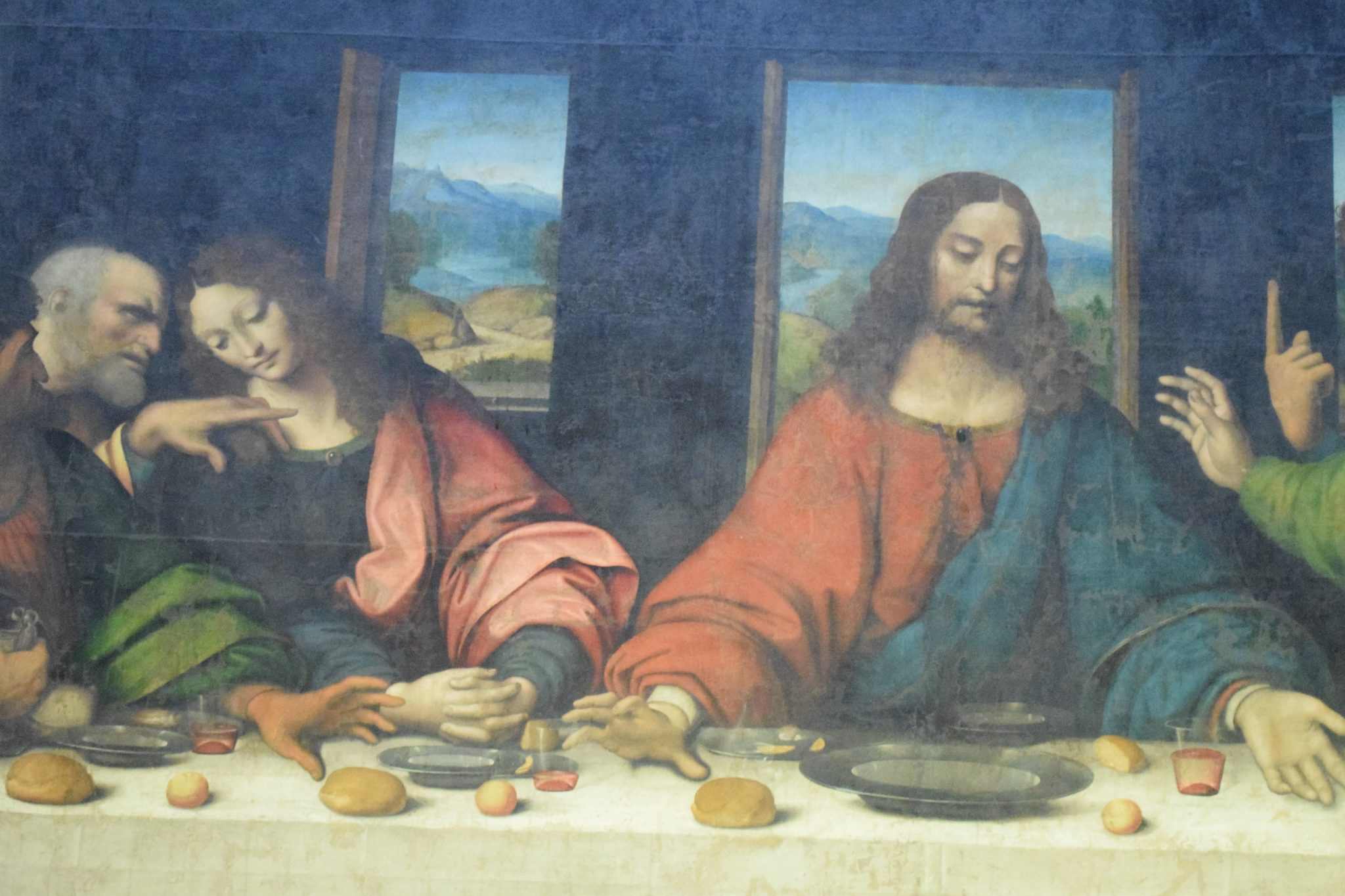 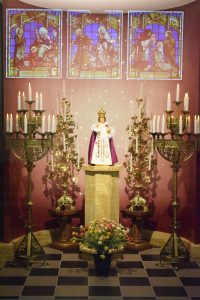 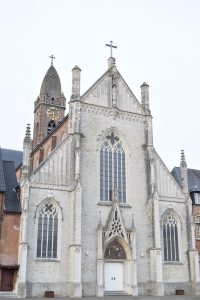 A humorous knowledgable lady guided us through the church of the Abbey, which was new gothic, and more beautiful than the one of Averbode. We were able to still witness the evening ceremony of the priests. I burnt three candles for the good health and well being of our three children. We ended by a visit of the little cozy chapel within the church. Hallelujah! 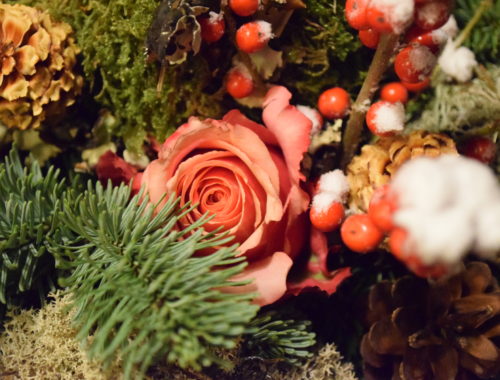 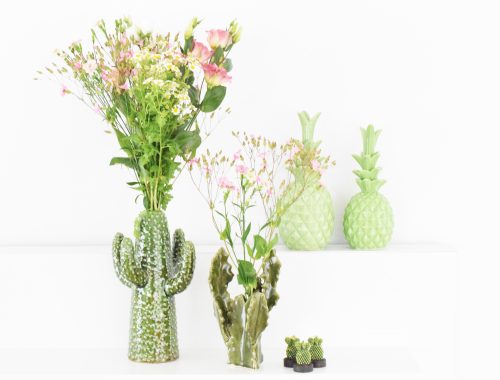 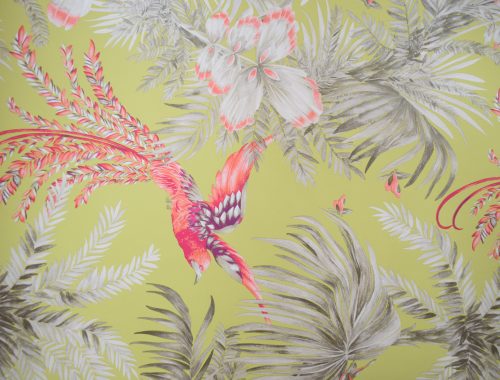